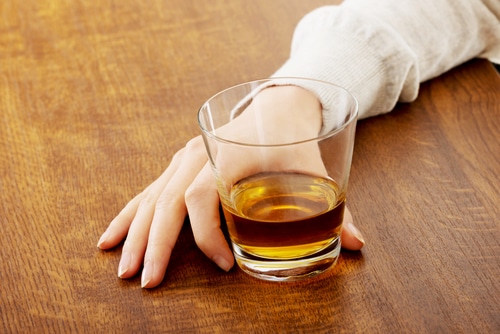 Alcohol is a depressant, it slows down the function of the Central Nervous System (CNS). When abused, alcohol can:

To function normally the brain must maintain a careful balance of chemicals call neurotransmitters. After crossing the blood-brain barrier, alcohol affects several neurotransmitters including:  dopamine, endorphins, GABA, glutamate and serotonin.

Dopamine plays a role in brain regulation and movement, cognition and emotion. Alcohol increases dopamine levels by binding to the D4 receptor in the nucleus accumbens in the brain.

Endorphins produce a state of euphoria and reduce feelings of pain. Alcohol magnifies these effects. As the brain grows used to alcohol it increases the activity of the excitatory neurotransmitters and the brain attempts to find a new normal. However, if the influence of alcohol is suddenly removed (from a long-term heavy user) their brain needs to readjust once again and this can lead to withdrawal, shakes, anxiety and depression.

GABA depresses CNS activity. By magnifying the effect of GABA, alcohol slows reaction time and may initially create a feeling of being more relaxed and less inhibited. Alcohol’s combined effect on glutamate and GABA makes it doubly effective as a depressant.

Glutamate increases nervous system activity. Canceling out some of this activity is one way alcohol is a depressant.

Serotonin enhances mood, as alcohol increase the level of serotonin, it may put the drinker in a happier mood.

Alcohol abuse is common among people battling depression. Many depressed individuals reach for alcohol as a way to lift their spirits or numb their feelings. As a result, depression and alcoholism go hand-in-hand. The Journal of Clinical Psychiatry reports that 1 in 3 adults struggling with alcohol or drug abuse also suffer from depression.

Whether depression triggers alcoholism or alcoholism triggers depression is an interesting question. However, when we are presented with this co-occurring disorder we need to treat each issue as the cause, and treat addiction, psychological and psychiatric disorders alongside each other to get the best possible results.