Alcohol is a Depressant 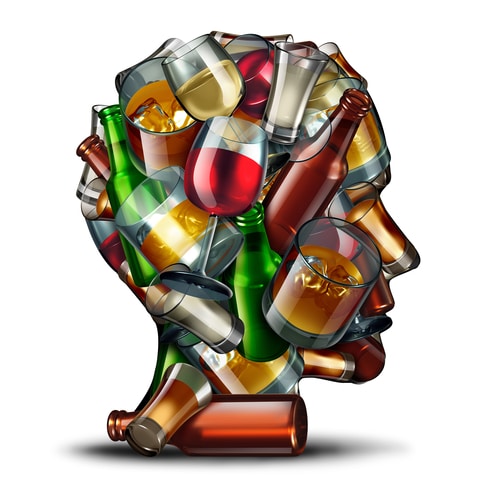 Alcohol is a Depressant

Alcohol depresses the function of the Central Nervous System (CNS) when alcohol it is abused.  The CNS is the main control center of the body and is made up of the brain and spinal cord—it takes in information, organizes it, and then provides instructions for the rest of the body.  When the CNS is depressed so are the other organs and systems of the body.

When alcohol is abused it can cause:

To function normally the brain must maintain a careful balance of chemicals call neurotransmitters.  After alcohol has crossed the blood-brain barrier, several neurotransmitters are affected and these include:  Dopamine, glutamate, GABA and serotonin.  Alcohol affects both “excitatory” and “inhibitory” neurotransmitters.

An example of an excitatory neurotransmitter is glutamate, which would normally increase brain activity and energy levels, but alcohol suppresses the release of glutamate, resulting in a slowing down in the brain.

An example of an inhibitory neurotransmitter is GABA, which reduces energy levels and calms everything down.  Alcohol effects GABA by slowing down reaction time, thought patterns, speech and movement.

Alcohol also increase the release of dopamine, which tricks you brain into thinking that you feel great, so we keep drinking to get more of that euphoric feeling.  Over time, with continuous drinking, the dopamine effects on our bodies diminish until it’s almost nonexistent, but our bodies continue to chase those feelings of dopamine and the cycle of addiction takes hold.

Alcohol also causes a burst in the release of serotonin, resulting in an initially elevated euphoric mood. However, once the initial feelings of euphoria fades, serotonin levels drop lower than they were originally, which causes a serotonin depletion and enhanced depression.

In summary, alcohol is classified as a depressant, but taken in small amounts it does have some stimulating effects.  However, if a person consumes more than they can handle, they will then experience alcohol’s depressant effect.