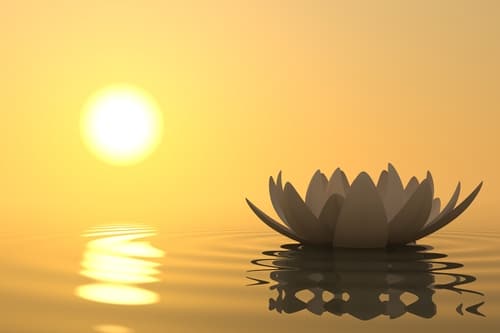 Psychiatrists and internists who serve in residential centers routinely recommend the use of anti-depressant medications. And, not uncommonly, residents will buck at the idea of using an anti-depressant, like Prozac, Wellbutrin, Lexapro and others. It’s understandable that many hesitate to agree with the doctor’s recommendation. Some will complain that, while on such medications in the past, they experienced a general flatness, or a loss of libido, maybe headaches. Physicians widely report that the more mainstream anti-depressants used in the US are linked to minimal side effects. Yes, those side effects can endure over time, but, for most, the physical effects are tolerable.

Others ultimately admit that shame precludes their use of anti-depressant meds. While far less burdensome than a decade ago, the stigma attached to depressive and anxiety disorders still lingers. Consequently, people minimize or deny their need of treatment, be it talk therapy or Paxil, to avoid the perceived shame they associate with their grief, sadness, loneliness, panic, or other symptoms of mental illness.

Consider this, though, that research has demonstrated that anti-depressant medications stimulate the brain’s plasticity, and can activate neuronal growth in an area of the brain known as the hippocampus.* To borrow a computer analogy, the hippocampus functions as a central processing chip, as it helps direct new information and demands to the appropriate areas of the brain, while it also helps to coordinate the recall of stored bits of information, memories, etc. The hippocampus is a vitally important area of the brain that, if damaged, can result in a global slow down in brain functioning. Damaged to the entrohinal cortex – as the conduit to the hippocampus – represents the epicenter of Alzheimer’s Disease, which, as many of us know, precipitates a pervasive loss of mental functioning. Alzheimer’s cruel effect highlights the fundamental role of the hippocampus in our neurocognitive experience.

The majority of the residents that check into the AToN Center will endorse co-occurring mood and/or anxiety disorders. Since research has also demonstrated that many people with moderate to severe forms of depression and anxiety, along with addictions, will evidence diminished volume in the hippocampal area, anti-depressants can speed up the neurocognitive recovery that typically demands months to years after someone finally sobers up. That is, anti-depressant medications can stimulate growth in the hippocampus. In turn, a more robust hippocampus will enhance processing speed, improve memory skills, and generally aid in integrating the program that someone develops in the early stages of recovery.

More so, most people who check into residential treatment will generally be depleted of the neurotransmitters responsible for elevating mood, sparking motivation, and priming the experience of pleasure. Anti-depressants, then, can potentially augment the availability of those neurotransmitters, and minimize the type of dysphoria commonly complained of in the earliest stages of recovery. It’s dysphoria that is often identified as the trigger to relapse, so, anti-depressants potentially can help to prevent slips in the first few months after rehab.

If you check into AToN Center or another residential center, be open regarding your concerns or hesitations in taking an anti-depressant. More times than not, a physician only expects to prescribe medications like Prozac in the short-term, over the course of months, to help stabilize someone so he or she can more actively engage in recovery. Admissions into facilities like AToN Center are always voluntary. So, you always possess the right to discontinue a medication if it simply does not agree with you.