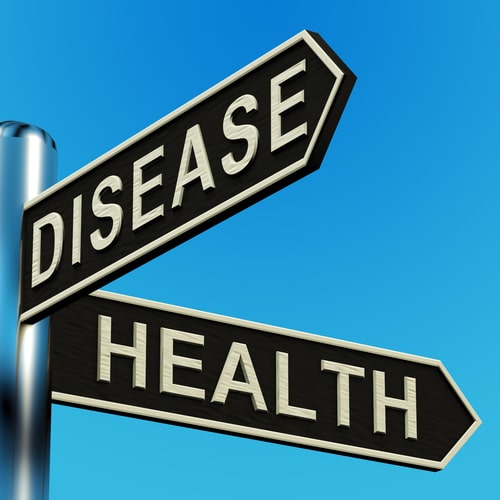 Few diseases, if any, arouse as much emotional turmoil as cancer. After the initial shock wears off, a cancer diagnosis triggers an existential angst that can encapsulate a broad array of experiences  – rage, fear, helplessness, hope, hopelessness, peace, panic, frustration, confusion, clarity, sadness, acceptance, and so forth. The experience can be equally emotionally exhausting for love ones. The disease is so feared, so powerful in its effect both physically and psychologically, it is commonly mentioned as simply the big “C” –  a taboo reference that reflects both cancer’s lore in our culture, and a shared intuition that the disease represents a curse of sorts. For many, though, the diagnosis marks the beginning of a self-transformation, with cancer survivors often revered for their perseverance and evolved perspective on life.

Those suffering with addictive diseases, in sharp contrast, are often reviled. Stereotypes still depict those with addictive disorders as criminal types, conniving, lying, amoral people who deserve less than nothing. While some who battle addiction do manipulate and steal from love ones, most with a Substance Use Disorder carry on the semblance of a normal life. They work, pay taxes, raise children, coach Little League teams, and generally try to adhere to the social contract that binds all of us together. Those with addictive disorders can hide their substance abuse for years, maybe decades, before love ones realize the extent of their problem. All the while, the majority of people with addictions simply blend in with the rest of us.

Approximately 22.7 million Americans meet the DSM-based criteria for a Substance Use Disorder at any given time, a rate of prevalence far greater than cancer. More exactly, the annual incidence of addiction is 39% greater compared to cancer, with 13.8 million Americans living with some form of cancer each year.  Addiction proves as lethal as cancer, with an estimated 547 thousand Americans succumbing to addiction each year (Hogan, Skwara, & Strickler, 2001), compared to the 589 thousand deaths linked to cancer in 2015. With heavy alcohol and tobacco use associated with a variety of cancers (breast, mouth, throat, esophagus, liver and colon), many of the cancers that kill each year are, arguably, symptomatic of a preexisting addiction. In terms of economic burden, the cost of addictive disorders on the national economy – loss productivity, healthcare costs, crime-related expenses – more than doubles that of cancer, $600+ billion versus $300 billion.

As highlighted above, those with addictions still face a stigma. Despite the abundance of research that implicates addiction as a form of brain disease, 1 in 3 Americans champion the belief that addiction results from a moral failing, or personal weakness (https://www.usatoday.com/story/news/2015/05/24/addiction-treatment-shortage/27181773/). The disparity in funding, though, appears less related to public opinion, and more so to the far reaching bureaucracy that has administered this country’s war on drugs over the last five decades. The simple truth is, this government’s policies and policing of the addiction problem is outdated. In fact, a heft majority of Americas now favor treatment over incarceration, even in connection to arrests on heroin and cocaine possession. Two in every three Americans believe that mandatory sentencing laws should be repealed or reformed (Pew Research Center, April 2, 2014). Another 77% of Americans agree that investment in addiction treatment is a sensible use of government money (Druglink, July/Aug, 2009).

The slowed response from the government to adapt to changing public opinion – not to mention adapting to unchanging rates of relapse and spiking rates of overdose – suggests that the “war” narrative still carries some sway with legislators. As dramatic a script as the war on drugs might read, a narrative that often vilifies those with addictive disorders, the reality is that every dollar spent on addiction treatment translates into $4 to $7 of savings on court costs, incarceration expenses, and losses due to crime. Factor in healthcare savings, each dollar spent on treatment generates $12 in savings off the $600+ billion noted earlier (https://www.drugabuse.gov/publications/principles-drug-addiction-treatment-research-based-guide-third-edition/frequently-asked-questions/drug-addiction-treatment-worth-its-cost).

Any war that demands a 45-year commitment – and counting – is likely a lost cause. Whether you are pragmatic by nature and recognize the tremendous savings that treatment produces, or someone who advocates a more humane perspective on the addiction problem, a treatment-based approach will inevitable supersede the war mentality that has governed the addiction problem since the Nixon administration. The sooner that shift in legislation unfolds, the sooner we curtail the rates of overdoses and relapses, while funneling literally billions of dollars toward the construction of new schools, hospitals, roads, and so on. Addiction treatment, to bottom line this article, is a win-win for all of us.