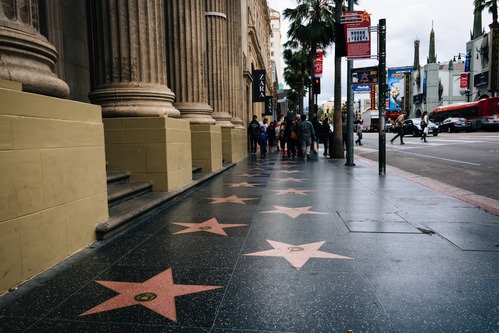 Although it’s never a good idea to exalt anyone’s recovery (because we are all fallible humans), it’s interesting to hear about famous people in recovery. The contrast between Hollywood, with its glamour and seemingly non-stop partying, and real life, can be striking. The truth is, there are many public figures who identify as being in some form of recovery from substance use. It reminds us that the images in magazines and films of glorified drug and alcohol use are not typically a reflection of reality. There are some well-known people who have struggled that you likely already know about, as their journeys have been excruciatingly public, but there are many who may surprise you. Below is what some public figures have said about their journeys.

Kristen Johnston of 3rd Rock From the Sun is perhaps one of the most outspoken celebrities in recovery. She appeared in The Anonymous People and wrote a candid memoir on how alcohol and opioid dependence turned her life upside down and almost killed her. She has become a champion for de-stigmatizing recovery and building recovery high schools. In an essay in the New York Times, she said: “Every time someone is ostracized for being an addict… and anytime addiction is televised as salacious entertainment, yet another addict is shamed into silence.”

Matthew Perry’s addiction struggles were unfortunately public as people witnessed him wasting away in the later seasons of Friends. Today, he dedicates much of his time to advocating for treatment rather than incarceration. He discussed the benefits of getting “…out of your own head” and said being of service to the cause of recovery is the “thing I like most about me.” (Hollywood Reporter 2015, People 2013, respectively)

Jada Pinkett Smith recounted drinking two bottles of wine on her couch and saying to herself, “Jada, I think we’ve got a problem here.” She discussed needing to get tools other than alcohol to deal with her pain. She said due to her upbringing in a “drug-infested war zone,” she did not think she would live to see 21. Jada’s mother was addicted to drugs until Jada was in her late teens. (Huffington Post, 2013)

Bradley Cooper, who has become a face for advocating for mental health awareness, has been sober from alcohol and pain killers for about 12 years. He came out publicly about his sobriety in 2012 and got sober at 29-years-old. He told Barbara Walters that sobriety saved his career and changed his life. He credits being able to care for his sick father, amongst many other things, to his recovery. (Detoxtorehab.com, 2016)

In case you were still worried that being sober wasn’t cool, Samuel L. Jackson has been sober for over 20 years. He acted and performed on stage through his addiction, but recounted forgetting lines and partying harder than anyone realized. He said things crumbled when his wife and daughter came home and found him with crack cocaine cooking on the stove while Jackson was “passed out on the kitchen floor. I guess I wanted to get caught.” He checked into rehab after that saying, “I didn’t resist because I was ready.” He notes there is plenty of temptation in his line of work, but he has not relapsed. He said sobriety has allowed him to really “get inside a character.” (Telegraph, 2012)

Former Minnesota Congressman Jim Ramstad, who is in recovery, said, “If we could turn congress into one big AA meeting, where people would be required to say what they mean and mean what they say, it would be a lot better congress.” He and former Congressman Patrick Kennedy both served in government as openly recovering alcoholics and addicts. (We happen to agree – government could use more public servants who are out and proud about their recovery.)(Huffington Post, 2014)

There are many more celebrities who are sober. Here are just a few:

Famous people being sober obviously does not need to make or break our own sobriety. Any of these people could struggle again at anytime. But as a snapshot, it’s nice to know we aren’t alone and sometimes it’s fun to see that celebrities… they’re just like us!

Note: All of these people are publicly open about their addiction and recovery. We would never out anyone’s addiction or recovery before they willingly acknowledged it themselves first.