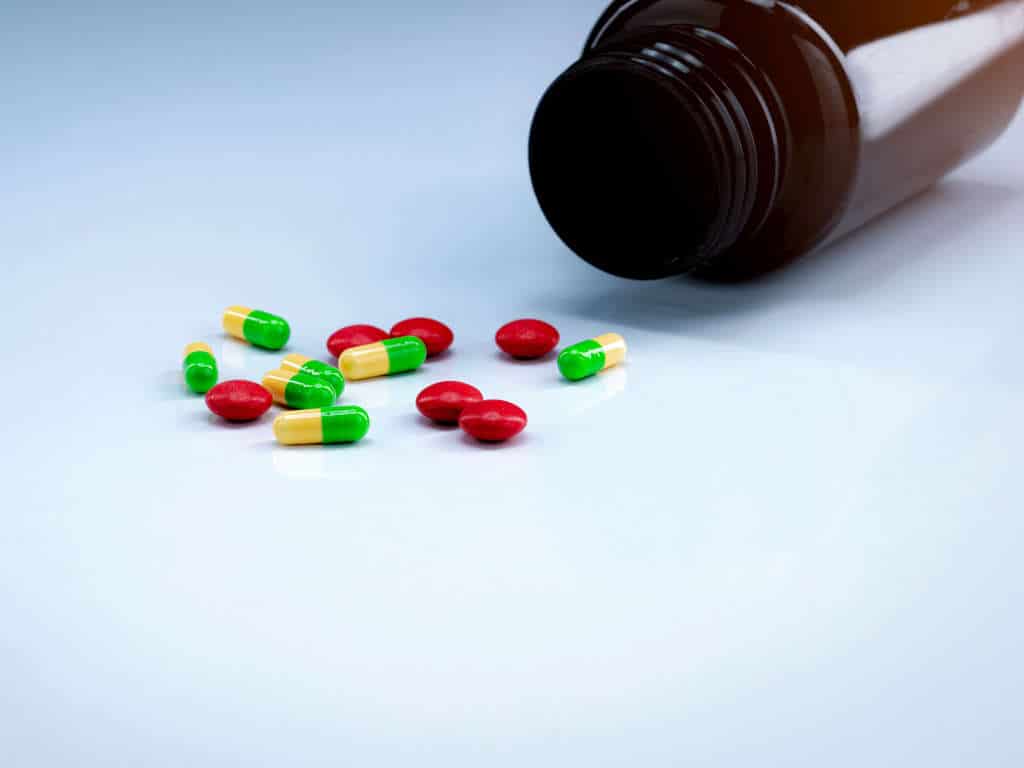 Codeine sulfate is a narcotic medication pain reliever, which is also used as a cough medicine and suppressant. Codeine belongs to a class of drugs that are known as opioid narcotic analgesics. Codeine are medications similar to morphine, however, the precise mechanism of action of codeine is not particularly known. Codeine sulfate is used to treat mild to moderately severe pain and can be used for suppressing cough as a cough syrup.

Codeine is considered a controlled substance and taking codeine can result in physical dependence and drug addiction. As an opiate, codeine runs a high risk of its users developing a tolerance and eventually a dependence on it. Although many people begin using codeine to relieve a legitimate condition, it is frequently abused as tolerance develops.

Somewhere between a third and a half of all Americans suffer from some sort of sleeping disorder or sleep disruption. If you are one of them, you may consider taking a sleeping pill such as codeine to alleviate the struggles that come along with falling and staying asleep. Below are the most common sleeping pill medications that are prescribed by doctors.

Klonopin is a benzodiazepine medication that is used to treat certain sleeping disorders, panic disorders and alcohol withdrawal. Clonazepam (Klonopin) is highly effective in the treatment of REM sleep behavior disorder (RBD), relieving symptoms in nearly 90% of patients with little evidence of tolerance or abuse.

Xanax, or Alprazolam, is a benzodiazepine that is used to treat panic disorders and anxiety disorders. It works by acting on the central nervous system and the brain to produce a calming effect on the body.

The most frequent side effects of codeine sulfate include:

Serious side effects of codeine sulfate include:

Taking a higher dose of codeine than prescribed often results in more intense side effects. Side effects can occur as soon as after a missed dose of the drug. If you or someone you know is experiencing severe side effects of codeine sulfate it is important to reach out to your doctor right away so that they can provide medical advice and determine the extent of the adverse effects.

Codeine is a drug medication used to treat moderate to severe pain in patients. This medication typically works best when it is taken upon the first signs of pain. If treatment is postponed until pain has worsened, the medication may not be as effective. If the pain is ongoing, for example, in cancer patients, your doctor may recommend that you also take long-acting opioid medications.

How it Helps Moderate Pain

The way that codeine works is by making changes in the central nervous system. Codeine binds to opioid receptors in the brain to reduce the feelings of pain and relieve mild to moderate pain symptoms. These changes in the opioid receptors from codeine make it so the person does not feel the effects of mild to moderately severe pain, making more manageable for certain health conditions.

When codeine is used to reduce coughing, it works by decreasing the activity in the part of the brain that causes coughing. It can be helpful in reducing instances of coughing in patients.

People who are taking codeine sulfate should understand that the drug can be habit forming and result in drug addiction. These prescription drugs often begin being used to treat pain, but when someone starts to use such drugs and begins to increase the dose of codeine, it could indicate there is a problem.

Frequently taking codeine increases tolerance to the drug making it more likely that someone will take a higher dose to achieve the desired results. Taking large doses of codeine sulfate could result in drug abuse, if the individual starts to show signs of intense cravings and urges, engages in uncharacteristic behaviors, or has a history of substance abuse.

Combining codeine sulfate with other drugs can potentially be dangerous and even life-threatening. The drug interactions may cause an increase in how strong the drug is or cause changes in the brain that can be harmful. Some of the side effects of a drug with codeine combined may include shallow breathing or other breathing problems.

Tell your doctor or healthcare provider immediately if you are taking other drugs or if you drink alcohol, take other opioid pain or cough syrup relievers (such as hydrocodone or morphine), marijuana (cannabis), drugs for sleep or anxiety (such as zolpidem, lorazepam , or alprazolam), antihistamines (such as cetirizine , diphenhydramine) or muscle relaxants (such as carisoprodol, cyclobenzaprine).

Also tell your doctor if you have or have ever had a brain tumor, a head injury, lung disease such as chronic obstructive pulmonary disease (COPD; a group of diseases that affect the lungs and airways), or any condition that increases the amount of pressure in your brain. Children younger than 18 should never take this drug to treat pain. If you experience a serious side effect, you or your doctor may send a report to the Food and Drug Administration (FDA)

Taking any drug and then suddenly stopping use could result in withdrawal symptoms to occur. Once the body begins to develop a tolerance, typically a dependence happens, meaning the person “needs” the drug to get by in their day to day lives.

A leading and luxury addiction treatment center, AToN Center specializes in all types of drug and alcohol addiction, including to codeine and other medications. Our professional staff can provide medical advice to all patients and determine the proper treatment methods for each individual client that walks in the door.

At AToN Center there is cognitive behavioral therapy from our clinical therapists that are done in both individual and group settings. We believe both daily group and daily individual therapies are essential components of recovery, and that there needs to be clear structure to a program