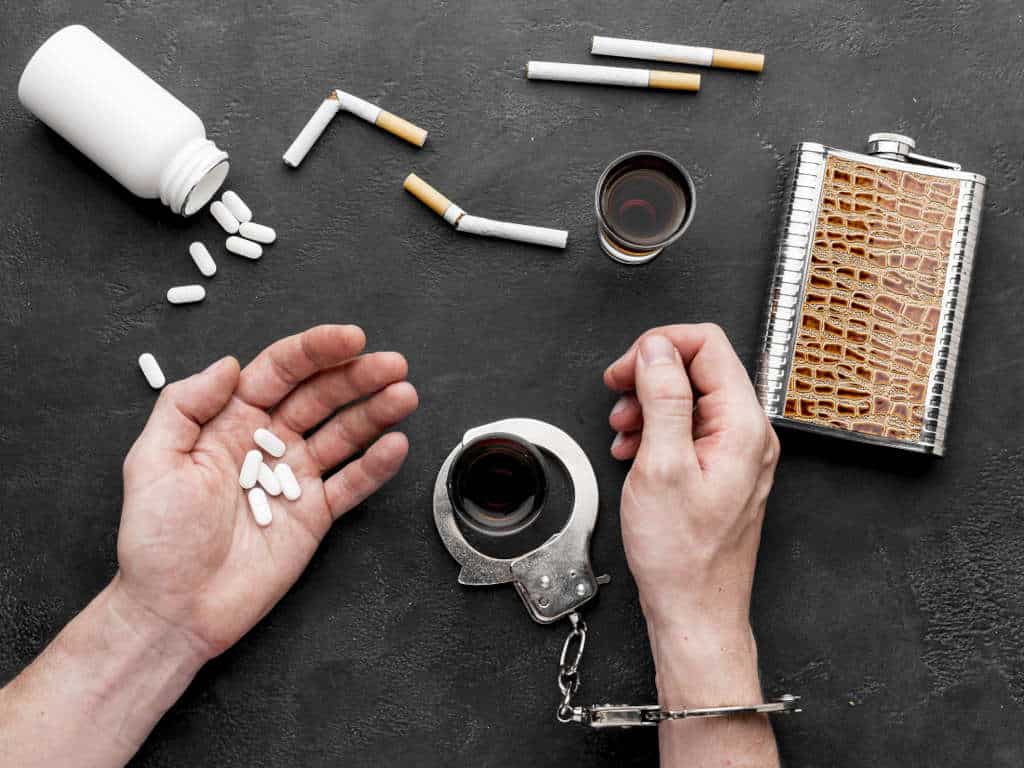 Stimulants or also known as “uppers” are drugs that affect the body by increasing heart rate and blood pressure. Stimulants affect the brain by creating a rush of certain chemicals including norepinephrine and dopamine, which are two neurotransmitters that produce euphoric feelings.

There are times when a stimulant drug could be medically necessary and prescribed by a doctor for treatment of certain health conditions that include ADHD or narcolepsy. Commonly used illicit stimulants include meth, crack, cocaine, and ecstasy. Even the combinations of two stimulants together can be dangerous. The effect of the drug combinations is multiplied and you may accidentally overdose.

The following are the most commonly used stimulants:

One of the most common stimulants that people use is caffeine. Caffeine can be found in drinks but can also be found in some food. Caffeine is a drug that is naturally found in the leaves of some plants and fruits. It is in back and green tea, cocoa, coffee, cola soft drinks and some energy energy drinks. It may also be in chocolate bars, energy bars and some non-prescription medications, such as cough syrup and slimming tablets. Guarana (a popular additive in energy drinks) is also a natural source of caffeine.

Adderall is a combination drug that is used in treatment for attention deficit hyperactivity disorder – ADHD. It works by changing the amounts of certain natural substances in the brain in people who use it. Amphetamine/dextroamphetamine belongs to a class of drugs known as stimulants. Some people take adderall in college that do not need it in order to have the opposite effects occur and help them stay awake for studying, homework, etc.

Cocaine is a stimulant that comes from the coca plant that is native to South America. People who use cocaine frequently can abuse the drug and it can result in addiction. There are circumstances where cocaine is used for medicinal purposes during surgeries, but recreational use of cocaine is illegal.

Cocaine works by increasing natural chemicals in the brain such as dopamine, causing the “high” feeling that cocaine produces. Short-term and long-term cocaine use can lead to serious health concerns such as addiction, abuse and overdose.

Some may ask, what do stimulants do to your body? Below are the most common side effects of stimulant use.

The short-term effects of stimulants can include:

The extended use of stimulants can result in severe effects on the body such as:

If you are going through withdrawal from any drug, it is best to seek out a medical detox facility for the safest and most comfortable outcomes. Contact AToN Center for more information on our addiction detox programs.

Depressants are known as “downers” and are the opposite of stimulants. Depressants slow down your central nervous system (CNS) which is why they are referred to as downers. Depressants cause feelings of relief from anxiety, increased euphoria and relief from muscle spasms.

Central Nervous System (CNS) depressants are medications that include hypnotics, sedatives, and tranquilizers. These drugs may slow brain activity, making them helpful in the treatment of panic, anxiety, sleep disorders and acute stress reactions.

Marijuana drugs are a complicated drug that affects users in a variety of ways. At times, marijuana can be considered a stimulant and also a depressant. The reaction depends on the strain of marijuana and the chemical reaction with the body.

People who use marijuana will typically have effects that change their attention span, psychomotor skills and long-term memory. However, long-term marijuana use may lead to psychotic episodes in the body. It can also result in brain damage and mental functioning.

Many people think alcohol is a stimulant that increases heart rate and gives them energy. Alcohol also lowers inhibitions. However, alcohol isn’t just a stimulant. Although alcohol does have some stimulant properties, it is classified as a depressant. When someone drinks alcohol it begins to affect the brain and starts to release dopamine. Alcohol also increases a person’s heart rate and can cause aggressive behavior to occur.

After the stimulant effects of alcohol occur, the depressant effects begin to happen, when alcohol slows down the central nervous system (CNS). Alcohol use causes a decrease in mental clarity, heart rate and blood pressure. One of the other effects of alcohol is that it reduces a person’s inhibition, slows reaction times and can cause drowsiness.

Stimulants and depressants drugs are considered opposites because of the way they affect your body and brain. Stimulants are “uppers” and speed up your system, stimulating your body, while depressants are “downers” and depress the central nervous system (CNS) making people more calm and relaxed.

The dangers of mixing stimulants and depressants could be life-threatening in severe cases and if proper treatment is not done. Depending on the circumstances the dangers of taking these drugs together could create a fatal drug. Understanding the harmful consequences of taking and mixing stimulants and depressants is important, to avoid the potential effects that can occur.

There are hundreds of different types of stimulants and depressants, and the results of taking these drugs together can be unpredictable. Understanding the risks of taking and mixing a stimulant and depressant drug together is important so that things like overdose or fatal effects occur.

Dangers of Mixing these Drugs and Why People Do It

Understanding the problems that can arise when mixing these drugs is crucial to your health. Some of the consequences of mixing a depressant and a stimulant include:

Mixing two drugs together can be dangerous and lead to addiction if the person is not careful, especially depending on the drugs of choice. Using a drug frequently will increase the chances of dependence and abuse, making addiction more likely to occur. When you start taking another drug in combination with another, it affects your reward system in the brain, making it harder to quit the drug and addiction is more susceptible to happen.

AToN Center is a drug and alcohol addiction treatment recovery center located in San Diego, CA. Our treatment programs for addiction address the whole person, not just the addiction to a drug, and we can help each client we serve move into a full recovery. No matter what your drug of choice is or what drug you have abused, we can offer the proper treatment to assist you in getting clean and sober, free from drugs or alcohol.

Our addiction treatment center is unlike any other in the country, and our luxury facility offers first class healthy cuisine from a highly trained chef, and holistic care options that include yoga and mindfulness. We offer both traditional 12 step programs as well as non-12 step programs, depending on what type of treatment you are looking for.

If you or someone you love is looking for help with an addiction problem, please contact our treatment center right away. For more information about our accommodations, alcohol and drug treatment, executive rehab services or admission into our luxury, private rehab in California, email or call us today.