Drug-Related Opioid Deaths Are On the Rise 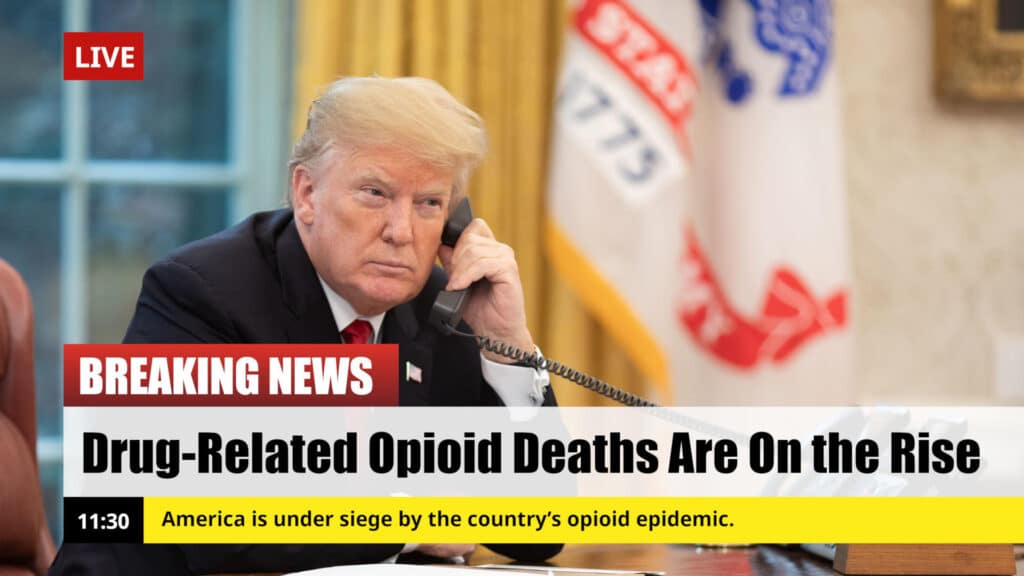 Drug-Related Opioid Deaths Are On the Rise

The Opioid Epidemic Continues to Ravage the U.S. Population 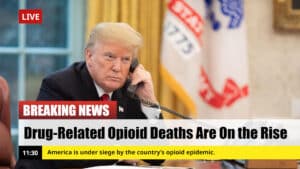 “I am directing all executive agencies to use every appropriate emergency authority to fight the opioid crisis,” he said at the time.

There was a sigh of relief across the country. The American people felt a sense of hope that FINALLY the federal government was going to take swift action to fight the opioid epidemic. In October of 2017, there were at least 115 people dying every single day from a drug-related overdose.

Shortly after the president’s declaration, the Centers for Disease Control and Prevention (CDC), reported that approximately 63,632 Americans died from a fatal overdose in 2016. This number represents the highest number of deadly drug overdoses in a single year in U.S. history.

These findings represent the most current verifiable data available. However; the CDC has estimated there were approximately 72,000 drug-related deaths in America in 2017. Addiction experts predict that the number of fatal overdoses will be significantly higher in 2018.

Indeed, drug-related deaths are on the rise in America. Although Trump’s declaration may have been delivered with good intentions, it doesn’t seem to be having much of a positive impact on the national addiction crisis.

The Phenomenon of Opioid Addiction and Its Impact on America

In regard to the cause of the increase in drug-related deaths in America – opioids are to blame. About 66 percent of all fatal overdoses now involve heroin or prescription opioids like Hydrocodone, Oxycodone, or Fentanyl. This is not surprising. Statistics indicate that at least two million Americans are currently addicted to opioids.

Opioids are highly addictive substances. Many are prescribed this narcotic pain medication for legitimate reasons and quickly become hooked. Others develop an opioid addiction because they use heroin or prescription opioids recreationally and end up losing control.

People who abuse opioids eventually build a tolerance, which means the brain needs more of the drug to get the same result it used to get with a lower dose. Soon, they begin to abuse their medication to achieve the pain relief or high they are looking for. If they don’t take their drug of choice, they will experience painful and life-threatening withdrawal symptoms.

Once a person is trapped in the addictive cycle, they cannot break free without help. Whether they are using illegal drugs like heroin or legal prescriptions like Oxy, opioid addiction will always lead to the question, “How did I get here?”

What is Causing the Spike in Drug-Related Deaths in America?

This may seem surprising, but statistics suggest that 75 percent of all new heroin users started out taking legal painkillers. Many make the switch because heroin is considerably less expensive and easier to get then prescription painkillers. Heroin addiction is responsible for many of the opioid-related deaths happening every year in America.

Many addiction experts blame street heroin laced with synthetic Fentanyl as a main cause of overdose. This opioid is 100 times more potent than Morphine. Drug dealers across the United States are now illegally purchasing synthetic Fentanyl online from overseas laboratories. They lace their street heroin with it to secure repeat business from buyers because it produces such a powerful high. The problem is, users don’t know they are taking Fentanyl. They end up doing too much and they die from respiratory depression.

Street heroin definitely contributes to the rising overdose death toll every year. However; it is important to recognize that tens of thousands of people are dying every year by overdosing on legal prescription opioids.

What is the Solution to the Opioid Epidemic?

At AToN, we are on the front lines of the national drug crisis, fighting every day to save one addicted person at a time. We openly admit that we don’t know anything about politics. We have no real opinion about what the federal government is doing to reduce the number of drug fatalities every year. We simply focus our efforts on doing what we do best – treating every individual who comes for us to help for an opioid addiction.

Ultimately, we believe this is how to end the opioid epidemic in America. We reduce the number of drug-related deaths by saving one person a time.

If you have an addiction to opioids, you are in very real danger of dying from an accidental overdose. Just think – of the 63,632 people who died from a drug-related death in 2016, how many do you think just went to bed and never woke up? They didn’t want to die and they didn’t plan to. They were powerless over their addiction and they didn’t reach out for help. They left behind families who will forever miss them and grieve their loss. If you are addicted to heroin or prescription opioids, this could happen to you too.

If you want help, we’re here.