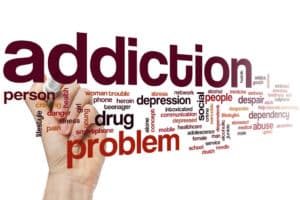 Percodan, OxyContin and Percocet are all synthetic opiates and contain the drug oxycodone. Oxycodone is a strong narcotic pain-reliever similar to morphine, codeine, and hydrocodone. Oxycodone does not stop the sensation of pain, but decreases discomfort by increasing the tolerance to pain. Oxycodone also causes sedation and respiratory depression.

Percodan is the brand name for a combination of oxycodone HCl USP and aspirin USP. Percodan is an opioid agonist (a substance that initiates a physiological response when combined with a receptor). Percocet is a similar opioid but it contains oxycodone and acetaminophen.

Percodan is a Schedule II controlled substance. As an opioid, Percodan has addictive qualities and can be misused and abused. All patients that are taking opioids need to be screened for abuse and addiction.

Drug addiction includes behavioral, cognitive and physiological issues that develop after continued, repeated substance abuse and includes: cravings for the drug, loss of control despite negative consequences, tolerance, spending more time using and seeking out the drug, and withdrawing from the drug. Tolerance is the need to increase doses of opioids to maintain the desired effects or increase its effects.

Physical dependence results in withdrawal symptoms after abruptly stopping or reducing the drug. Withdrawal can also occur when mixed with an agonist/antagonist like buprenorphine pentazocine and butorphanol. This means that although buprenorphine is an opioid, and still produces some typical opioid effects like euphoria and respiratory depression, its maximal effects are less than those of a full agonists like heroin. When using an antagonist the withdrawal from opioids takes longer, but the withdrawal symptoms are usually less intense.

Percodan should never be abruptly discontinued in a physically dependent patient as withdrawal symptoms will occur and may include:

Overdosing on Percodan is possible and oxygen deprivation is the most dangerous side effect from a Percodan overdose. Opioids suppress breathing and without enough oxygen, organ and brain damage can occur.

Signs and symptoms of an opioid overdose, including Percodan are:

Percodan taken with benzodiazepines or other CNS depressants such as sedative-hypnotics, anxiolytics, tranquilizers, muscle relaxants, other opioids and alcohol will cause a synergistic effect. Synergism means that two or more drugs work together against one target, producing an effect that is greater than the individual effect of the two drugs together (like combining two plus two and getting five). Synergistic interaction can be beneficial and treatments may be deliberately chosen for this effect.

Patients that have obstructive pulmonary disease, hypoxia, and apnea are at an increased risk of respiratory failure. Life threatening respiratory depression is more likely to occur in elderly, debilitated patients whose metabolism isn’t functioning as well as in a younger person.

Adrenal Insufficiency – The adrenal glands are ductless glands that are situated above the kidneys and secrete epinephrine and norepinephrine and the outer region secretes corticosteroids. Cases of adrenal insufficiency have been reported with the use of Percodan and other opioids. The signs and symptoms include: nausea, vomiting anorexia, fatigue, weakness, dizziness and low blood pressure. If adrenal insufficiency is diagnosed, treatment of doses of corticosteroids needs to be given until the adrenal functions recover and the patient is also titrated off any opioids.

Severe Hypotension – Percodan may cause severe hypotension (low blood pressure) and increases the risks in patients whose ability to maintain a steady blood pressure is compromised. These patients should be monitored closely for hypotension. Circulatory shock may also occur when Percodan is prescribed and could cause vasodilation of the blood vessels, which will decrease an already compromised blood pressure even further.

Gastrointestinal Conditions – Percodan and other opioids are contraindicated in patients with known or suspected gastrointestinal obstructions. The oxycodone in Percodan may cause spasm of the sphincter, stones in the bile duct, or acute pancreatitis.

Percodan may also impair the mental or physical ability of patients that handle machinery or operate cars. Patients should not operate any type of machinery until they know how they will react to an opioid medication or until they have built up enough tolerance for it.

Adverse or hypersensitivity to Aspirin, the other ingredient found in Percodan.

Patients who consume three or more alcoholic drinks every day should be aware of the bleeding risks associated with heavy drinking and taking aspirin. Low doses of aspirin can inhibit platelet function, which can lead to increased bleeding. Hemophilia, liver disease or vitamin K deficiency can be adversely affected by aspirin. Patients who suffer with peptic ulcer should also avoid aspirin, which can cause irritation and more bleeding. Aspirin has also cause an elevation in hepatic enzymes, hyperkalemia, a potassium level in your blood that is higher than normal. Aspirin can increase bleeding and renal failure.

Pregnancy – Prolonged use of opioid analgesics during pregnancy can result in physical dependence in the newborn child along with withdrawal syndrome shortly after birth. Withdrawal consists of hyperactivity, abnormal sleep, high pitched crying, vomiting, diarrhea and low birth weight. Opioids including Percodan cross the placenta and may produce respiratory depression. An opioid antagonist, such as naloxone must be present at birth to avoid respiratory depression. Aspirin use in pregnancy can also result in low birth weight, increased intracranial hemorrhage in premature infants, stillbirths and newborn death. Aspirin should not be used in pregnancy, especially in the third trimester.

Lactation – Due to the potential for serious adverse reactions, including sedation and respiratory depression, breastfeeding in not recommended while taking Percodan or other opioids. Aspirin can also have adverse effects on the nursing infant especially when it comes to platelet functioning. The risk of Reye Syndrome is also of great concern.

Infertility – For women, the abuse of heroin or other opioids, including Percodan, can lead to irregular or absent menstral cycles. Methadone can restore hormonal levels and induce normal ovulation and fertility in women who thought they were unable to conceive.

Infertility –Long-term use of opioids in men can disrupt the signals that control testosterone production and can cause low testosterone and decrease the quantity and quality of the sperm. The extent of the impact depends on the opioids being used, the dose, and how long the man is using the opioids

Elderly patients – May have an increased sensitivity to Percodan and other opioids due to a slower metabolism. Respiratory depression and renal function are often decreased in elderly patients so care should be given to start patients on a low dose so that careful monitoring can be done.

Getting help for Percodan and other opioid addictions 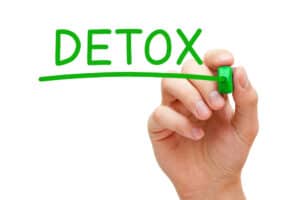 Your chances of beating narcotic addiction are better with long-term, structured treatment that includes community support, psychotherapy and medication management. AToN Center recommends an abstinence based model of treatment, in which a patient is completely detoxified from all forms of habit forming medications and taught relapse prevention skills. Additionally, abstinence is recommended to allow healing in the neurological pathways that have become accustomed to addictive substances and promote the brain’s ability to learn and utilize new, more healthy coping mechanisms.

Many of our residents benefit from Naltrexone, which blocks opiate receptors and can prevent the euphoric effect that comes from opioid use. Naltrexone is given within 7-10 days after detoxification. Another form of Naltrexone is available in a monthly injection (Vivitrol) as well.

Successful, treatment to stay opioid free usually involves long term commitment to a personal recovery plan. This plan often includes structured and consistent sober support – such as 12 Step, SMART Recovery, Refuge Recovery, LifeRing, Celebrate Recovery or a combination of the above. Additionally, maintaining vigilant awareness of relapse warning signs and responding when identified will go a long way in living a successful and addiction free life.