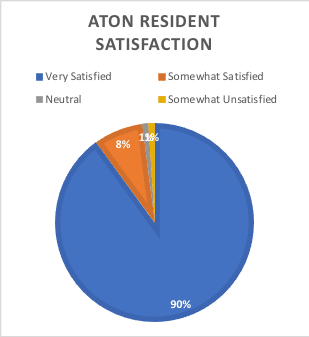 AToN has been on the forefront of research in resident outcomes from it’s inception.  I was hired in 2011 with a major goal of evaluating AToN’s success in a number of areas.  For specific studies completed, please go to: AToN Center Research Outcomes.

However, there are two major pitfalls in AToN completing our own research.  First, many individuals do not trust a facility that conducts their own research as there is an obvious incentive to having positive results!  Second, how does AToN compare with other treatment facilities if we aren’t measuring the same variables?  To bridge this gap, AToN has partnered with Vista Research Group who assesses our resident’s outcomes and assists AToN with identifying our programmatic strengths and weaknesses for our continued improvement.  AToN has just received our Treatment Effectiveness Report encompassing September 2017 through mid June of 2018.  A series of blogs will be dedicated to these results.

One area that was studied was Resident Satisfaction.  Resident Satisfaction is based on a number of variables – anywhere from the comfort and cleanliness of a facility, to obtaining treatment goals!  The benchmark responses of a total of 9,848 patient reports from other facilities conducting program evaluations with Vista Research Group indicate that 73% of residents are Very Satisfied with their treatment.  In comparison, 90% of our residents are Very Satisfied with our treatment!

Our Resident Satisfaction is 17% HIGHER than other treatment centers.  Eight percent of our residents are “Somewhat Satisfied,” while 1% reported feeling “Neutral” about their treatment and 1% reported feeling “Somewhat Unsatisfied” with their treatment at AToN Center.  These results are highly encouraging for our staff, as they demonstrate that AToN is succeeding (and surpassing other treatment centers) in providing exceptional quality of care.

Stay tuned for other results! 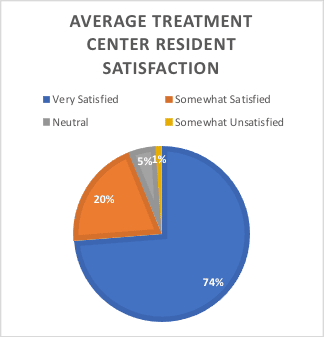