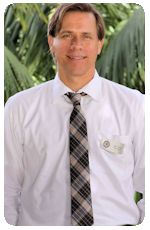 Chad K. Cox, Psy.D,
Licensed Psychologist
PSY 23320
Dr. Chad K. Cox is happy to join the AToN team of professional counselors. Dr. Cox has been involved in psychotherapeutic interventions for the past 11 years. Dr. Cox received his Bachelors in Science in Psychology from the University of Washington in Seattle. He then attended the California Schools of Professional Psychology in San Diego where he received his Doctorate in Psychology (Psy.D). Dr. Cox has had a variety of experiences that qualify him to attend to the needs of those suffering from addiction and psychological difficulties.

He has provided professional and ethical services diverse groups of patients. His training included counseling individuals, couples and families in a number of settings including a homeless shelter, crisis house, hospital and counseling centers. As a licensed psychologist he has spent the past 5 years providing proficient care in treating mental health problems such as depression, anxiety, obsessive-compulsive disorder, post-traumatic stress disorder and others. He has also demonstrated success in treating patients in early and later stages of recovery from alcohol and substance abuse and dependency. His professional mission is to help people find their path towards health and happiness.