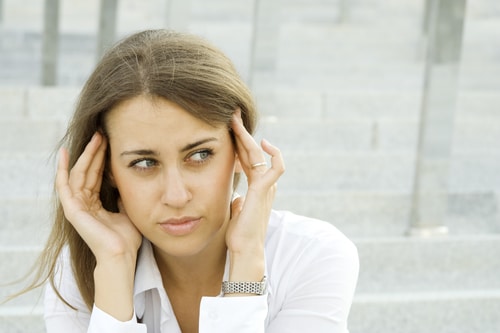 Autism represents one of the more devastating neuropsychiatric disorders. The disease cripples the brain early in its development, profoundly limiting a child’s ability to engage in relationships and to learn. Children with autism struggle mightily to adapt to even the subtlest of changes, as those with the disease tend to cling to a narrow set of behaviors. Repetition and ritual, exercises of sameness, fill the day-to-day life of those with autism. The disease robs families of celebrated milestones – the day a son or daughter comes home with a driver’s license; graduations from high school or college; wedding days, and so forth. Often, a person with autism will change little in personality from 5 to 50 years old. Understandably, the disease, like others that so harshly injure children, evokes tremendous compassion, as highlighted by the surge in research and funding into autism over the last 15 years.

The brain afflicted with autism shares some similarity with the addicted brain. One area of interest in the expanding research into the roots of autism focuses on the striatum, the nucleus accumbens (NAc) in particular. It’s the area of the brain implicated in reward learning and social behaviors. More plainly, it’s the part of the brain that propels us to relate to others, to seek out relationships, and to satisfy basic needs like the experiences of joy and bonding. Humans are, after all, one of the most social of species on the planet.

As highlighted in a previous AToN post, the addictive use of explicit substances hyper-conditions the NAc, with research in recent years demonstrating that the area literally grows in size over the course of an addiction. The effects of substances of abuse is so tremendous, on a neurobiological level, that they trigger surges in the biochemical experience of happiness and reward that far exceed those normally released through our relationships. Over time, then, someone with an addiction will experience less and less joy through relationships, will lose the drive to be in relationships, and invariably start to neglect loved ones. A dependence on drugs or alcohol will replace an innate dependence on relationships, as someone with an addiction can become oblivious to those he or she shares a life with.

In addictions, the NAc becomes something of a roadblock between the executive areas of the brain and its primitive remnants. An overactive, hyper-conditioned NAc derails the key circuits in the brain that coordinate advanced behaviors (goal-oriented behaviors, empathy, bonding, impulse control, humor, and others). It’s the same dysfunction that some researcher’s associate with autism. The brain of those with autism, like those with an addiction, becomes fragmented, with key areas of the brain unable to communicate with one another. Essentially, both disorders inhibit the ability of the brain to coordinate neuro-impulses into purposeful or adaptive behaviors.

The speculation that autism, like addiction, reflects gross dysfunction in the NAc is consistent with the shared behaviors that mark both disorders. Those with addictions are rather notoriously labeled as selfish, childish, callous, immature, or arrested in their development.  As someone’s addiction progresses, typically he or she will exhibit the type of social deficits as characterized in autism – a lack of empathy, isolation, and/or apparent obliviousness to the environment. And, of course, a hallmark symptom of any addiction is repetitive behavior, usually ritualized into daily life. Much like someone with autism, those with substance use disorders evidence a restricted range of interests, with drug use becoming an obsession.

Obtaining drugs, using drugs, recovering from drug use, and then obtaining more drugs becomes the day-to-day routine in cases of severe addiction, with no time devoted to relationships, a career, to one’s health, etc.

If you consider addiction as a disease of the brain, why then do people – clinicians included – reflexively attack the character of those mired in the illness. Would anyone ever refer to an autistic adult as “lazy” or “entitled”, “selfish” or “stupid”? No, of course not. Why, then, do legislators and even providers refuse to extend the same degree of compassion and patience to those with addiction, as it is to those straddled with autism? The neurobiological changes triggered by addictive behaviors signals a type of handicap. The more severe the addiction, the more profound that handicap. Think of addiction as a learning disorder. The physiologic and even anatomical changes that result from additive behaviors simply impair the brain’s functionality.

Fortunately, the cellular changes associated with addictive behaviors can, in most cases, be mitigated to varying degrees, with the brain of those mired in addiction still possessing plasticity – unlike those with autism. It’s that plastic potential that enables the brain to reset and unlearn an addiction. Still, neurobiological recovery from addiction takes time. A long time. And, until someone achieves a period of abstinence, the handicap described here will continue to influence behavior and thinking – even in the absence of using.

Any behavior once rewarded will always resist change. The greater and more extensive the history of reward, the more intense the resistance. We are hardwired, as it is, to seek out what is pleasurable and rewarding. That drive is basic to our DNA. To echo what was highlighted earlier, substances of abuse tend to fire off mammoth expressions of reward. Addictive behaviors – from cravings to fantasy to rationalizations – will fiercely resist any change. If your loved one refuses to listen, refuses to care, and continues to relapse, please remember that the handicap of addiction is only slowly, if ever fully, cured.