There Are No Addicts 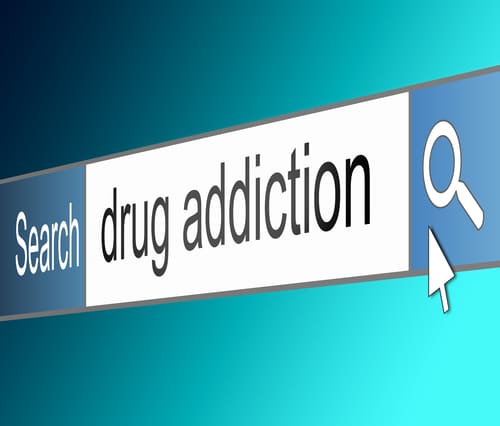 There Are No Addicts

One can easily argue that this country’s drug problem is as bad today as it’s ever been. The number of Americans with a diagnosable Substance Use Disorder (SUDs) now exceeds 24 million. As the opiate scourge continues to spread, the number of lethal overdoses continues to climb. More than 47,000 Americans succumbed to an overdose in 2014, a single-year high for fatalities.

More so, research does not pinpoint any appreciable change over the last quarter century in the rates of relapse among those with SUDs. Consistently, research concludes that only 20-25% of people who seek addiction treatment will remain abstinent. That range is applicable to both CBT-based and 12 Step interventions (Miller, Walters, & Bennett, 2001; Fiore M et al., 2008; Hernandez-Lopez, Luciano, Bricker, Roales-Nieto, & Montesinos, 2009; Law & Tang, 1995; Shiffman, 1993). While the use of abstinence as an indicator of treatment success is controversial, it remains the most widely used barometer of treatment effectiveness and, as such, the most robust measure of general efficacy among providers and programs.

It’s unclear whether the high rates of relapse reflect post-treatment flawed treatment models or a lack of adequate training in how to facilitate those models. What is clear, however, is the industry of addiction treatment has only begun to crawl out of its paleolithic age. There is something archaic in this industry’s collective approach. That fact is never more painfully obvious then when I hear a peer use the slur “addict” in discussing someone’s case. Quite obviously, “addict” is derived from the word “addiction”. Though derived from the same word, the term “addict” carries a very different connotation compared to addiction. The latter speaks to a physiological effect, those with addictions handicapped by neurobiological adaptations that greatly propel the compulsive behaviors stereotypical of SUDs. Those adaptations are the disease of addiction.

The term “addict”, in contrast, embodies semantics. One word highlights changes in biochemistry, the other force fits an identity on a psychological level. Unfortunately, for those in treatment, it’s an identity weighted down in concreteness and imbued with prejudice. Would you ever refer to someone with a cancerous tumor as “a cancer”? No, of course not. Why, then, is it OK to refer to those with an addiction as somehow deviant, weak-willed, and/or childish simply because of their sickness?

Known as the third force in the field of talk-therapy, the humanistic approach emerged as a treatment model in the 1950s. It started as a movement, clinicians demoralized by the reductionist approaches of the two traditional schools of psychotherapy – psychoanalysis and behaviorism. Around mid-century, therapists in this country advocated for another way, a third way, in applying therapy. They clamored for a treatment model that didn’t reduce a client’s motivation in life to base instincts to fight or fornicate. At the same time, they didn’t want to practice a model that treated clients like trainable pigeons. The push towards humanism spawned the Rogerian approach to therapy, a model that fundamentally expects clinicians to assume a non-judgmental position, and to unconditionally accept those that they work with. The approach expects a person-centered focus, with therapists attentive to anything and everything that a client voices, commenting in turn without censure or shame.

Humanism has started to serve as the third force in addiction treatment. Since the early parts of the 20th century, the 12 Step philosophies in one form or another have near unilaterally defined addiction. Over the last 25 years, neuroscientists have carved out a niche in the world of addiction treatment, opposing the spiritual emphasis of the 12 Step approach with a more molecular understanding of addiction. Neither approach, however, considers the whole person. The 12 Step approach reduces someone to an “addict” in explaining his or her addiction, a label that ostensibly links addiction to a childish need for pleasure. The so-called addict is hedonistic in his desires and narcissistic in development, according to the traditional definition. Neuroscience, on the other hand, reduces those with addictions to a certain set of genetic alleles. Missing in both approaches is the client’s voice, his or her perspective on addiction, the historical events that preceded its onset, and how to recover going forward.

As the field’s evolution drives forward, the Rogerian approach to addiction treatment is likely to expand. It will help to phase out the type of stigmas and slogans that put people at risk by perpetuating a sense of shame in the recovery process. It will edit out the types of labels that almost expect relapse, people living down to the lowly expectations built into such terms as “addict”. It will stop the practice of dehumanizing those with SUDs, and champion an approach that shapes the idea of recovery from inside out. It will give a voice to those who were, for far too long, talked over.