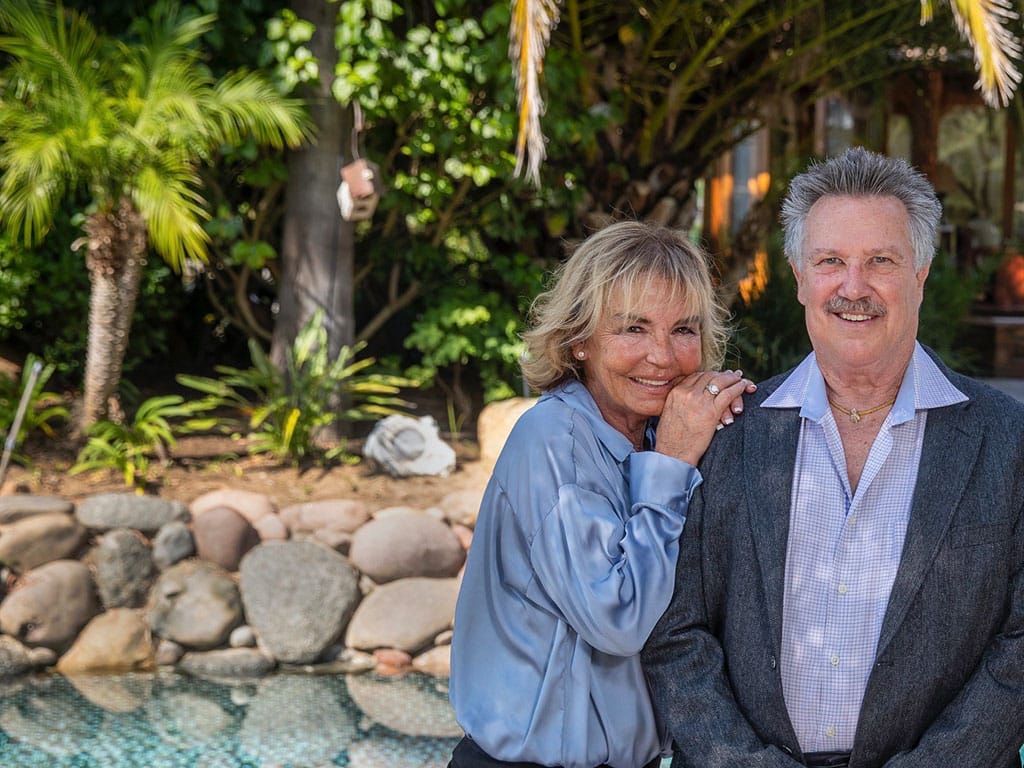 Jim was born in Santa Monica and raised in Southern California. He graduated from California State University Long Beach in 1973 with a B.A. in Physical Education and a minor in History. During college he played football and ran track. In 1974 Jim was awarded a Standard California Secondary Teaching Credential. He became a high school PE and History teacher, and an Assistant Varsity Football Coach and Head Track Coach.

Jim made a career change in late 1975, moving into commercial real estate. Over the next eight years he developed and managed residential income property and condominiums from Texas to Hawaii. He semi-retired in 1983 and moved to Hawaii. There he met his wife, Patricia, the other Co-Founder of the AToN Center. They have been successful entrepreneurs together for over 25 years, operating many different businesses. Together they have also completed many trans-oceanic sailing voyages.

In 2005 Jim lost his brother to drinking problems. His brother had been unwilling to accept any help. As a person used to solving big problems, Jim wanted his brother’s premature death not to be in vain. Jim and Patricia developed the vision of a sanctuary for recovery on their estate. Jim and Patricia realized their vision with the opening of AToN Center in July 2009 offering individuals the chance to recover in an atmosphere of natural beauty and unparalleled care.

Jim continues his mission to help those in need of recovery. Having established the physical and operational foundations of the AToN Center, he works continuously to improve these foundations and support the AToN Center’s recovery program. He is more passionate about recovery than he has been about any activity in his diverse life. “I have been successful at many activities in life, including many businesses. I have always provided great service and great value. Now I get to help people in a more profound way than I had ever dreamed of.”

Co-Founder, Chairman of the Board

Patricia was born in Rio de Janeiro, Brazil. By age 16 she was already supporting herself, while traveling and going to design school in Europe. After graduating she made an extended sailing trip up the Brazilian coast, through the Panama Canal, to the Galapagos, Marquesas, and Tuamotus, and ending in Tahiti. This travel experience inspired her to use her design skills in the Brazilian swimwear industry.

Over the next 3 years Patricia used her eye for color and shape to design fashion forward swimwear for three of Brazil’s hottest labels. Her success resulted in substantial media coverage. With the financial help of her mother she opened her own company in 1981. It was an immediate success. On a vacation to Hawaii in 1985 she met her husband Jim. They began operating businesses together. Patricia brought her swimwear to the US that same year. They married in 1987.

Patricia has been the designer of the sanctuary that is now AToN Center’s private rehab. From the exotic and inviting landscaping, to the numerous details of the interior design and household appointments, Patricia has created a facility that very comfortably accommodates and deeply nurtures its residents. All has been created with healing in mind. Patricia created the culinary plan for the AToN Center, and recruited the kitchen staff and chef . Many residents have wanted  to return home with them, so they could continue to savor their meals. Patricia also created the website and took all the photos. During your stay she would be delighted to take your photo in your favorite locations on our luxury drug rehab property!

Patricia gets tremendous satisfaction from assisting people in their recovery from addictive behavior. “The AToN Center has given me the opportunity to incorporate a lifetime of design experience into creating an aura of recovery. It is a delight to see people respond to that aura, and move forward in their lives.”

If you or a loved one could benefit from the addiction programs at AToN Center’s private drug rehab and private alcohol treatment center, please contact Jim or Patricia today.