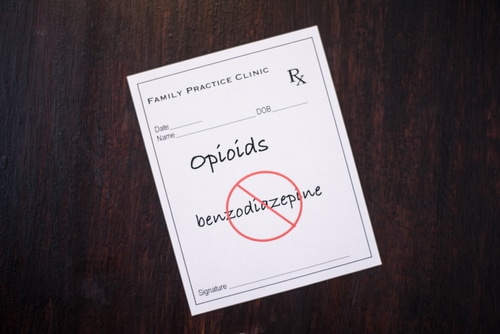 The first benzodiazepine was chlordiazepoxide and it was introduced in 1960 to treat insomnia, general anxiety disorder (GAD), seizures, and alcohol withdrawal and panic attacks.

Benzodiazepines work by enhancing the effect of the neurotransmitter GABA. The drugs contain chemicals that aid in the calming effect already produced by the human body and keep the brain in a more tranquilized state.

Benzodiazepines are controlled substances and a classified schedule IV drug.  When combined with other drugs or alcohol there is a significant drug interaction leading to a synergistic effect.  (Synergism is the combined effect of adding similar types of drugs together, but their sum is greater than if the drug was used individually.)   Benzodiazepines and alcohol, which are both depressants, when taken together can be deadly.  Benzodiazepines overdoses are very common; however the incidence of death from an overdose when the drug is used by itself is rare.

The use of Benzodiazepines for more than 3-6 weeks may lead to physical cravings and tolerance.  Long-term use 6-12 months could lead to addiction.  Benzodiazepine withdrawal can begin within 2-3 days after cessation.  Signs and symptoms can include:

Benzodiazepines should be tapered off by a doctor or a hospital over a period of 4-6 weeks.  However, complete withdrawal may take months to years.  If someone has become dependent on benzodiazepines, it is crucial that they do not suddenly stop cold turkey.

It is very difficult to recover from benzodiazepine addiction because these drugs change the chemistry of the brain. Contact a drug addiction treatment center if you or a loved one is suffering from an addiction.

Addiction is Not a Moral Failing
Next Post: Misconceptions About Alcohol Use