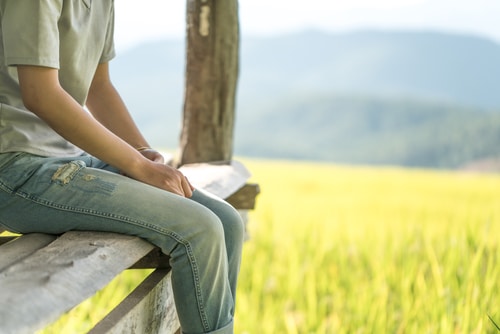 Boredom is something of a lost art form. From an evolutionary perspective, boredom’s design triggers creativity and imagination, your brain compensating for a lack of stimulation in the environment with a spike in internal activity. But, as the technology boom of the last 25 years only picks up speed, more people now struggle to introspect and to tap into their creativity. That is, more and more people struggle to tolerate boredom. There is an estimated 4.5 billion pages on the internet, all of which your phone can serve up in millions of pixels.

A cell phone wrecks havoc on the brain, with an endless content streamed off the web in ultra-high brilliance, overrunning your head with stimuli. Not only do our electronic devices distract from the introspective process, but the hyper-stimulation that our phones and laptops generate continue to lower our general threshold for boredom. Why tolerate being bored if, with the swipe of a finger, you can watch a HD video of open-heart surgery, or of a solar event, or nearly anything that your mind fancies.

An avoidance of, or deficits in, introspection and imagination can perpetuate a chronic state of boredom that elevates the risk of mental and physical disease. In fact, the Whitehall study implicated increased levels of boredom with increased rates of mortality, while Willis (2014) reported that chronic boredom elevates the risk of addictive behaviors. What happens if someone can’t log onto the web, or simply grows tired of idling across the web? Some now find creativity and/or imagination so daunting or foreign that they will go to painful length to avoid both activities. Case in point, Wilson et al. (2014) demonstrated how many people will quickly resort of self-abuse to escape boredom, with nearly half of the study’s participants (43%) self-delivering electric shocks in the absence of any stimuli from the environment.

Boredom activates curiosity, which propels novel behavior and new ideas. Those ideas and behaviors, then, can generate the type of breakthroughs, a-ha moments, and peak experiences that bolster both self-awareness and a sense of efficacy.  That’s why the SMART Recovery approach attempts to integrate creativity into the treatment process, to enhance self-efficacy.

Boredom can represent an omnipresent trigger for many in the first few weeks of change maintenance. The pace of treatment early on is usually quite slow, as people figure out new routines and establish new relationships. Many will also battle dopamine deficiency shortly after quitting their drug of choice, lacking the neuro-chemical linked to drive and seeking behavior. Early recovery can be a boring time. Learning not only to tolerate boredom, but to use it to your advantage in recovery, can help to extend the change you want.

Cutting down on the use of your electronics, while simultaneously integrating some type of mindfulness practice (yoga, breathing exercises, prayer, etc.) into your day-to-day life, can help you to embrace boredom, to use as a source of inspiration in expanding on what change means to you.