Many Theories Attempt to Explain Addiction 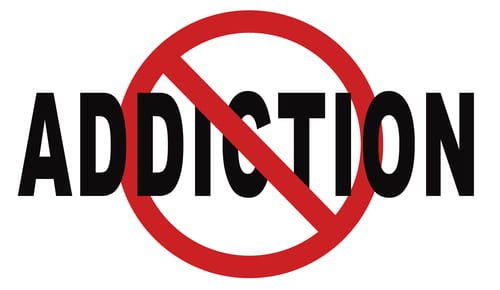 Many Theories Attempt to Explain Addiction

Many theories attempt to explain addiction. From a neurobiological perspective, addictive behaviors reflect a type of hyper-learning. Substances of abuse trigger mammoth spikes in the biochemicals linked to learning, with researchers particularly focused on dopamine and glutamate. We learn by association. The more intensely and/or frequently that a behavior activates the biochemical experience of reward, the more likely that behavior will be repeated. The surges in dopamine and glutamate that substances of abuse release far exceed the levels released in normally pleasurable (i.e., rewarding) experiences, like relationships, a career, a favorite hobby, and so forth. Such intense biochemical experiences condition the brain to become increasingly sensitive to the cues associated with drink and drug.

Over time, the circuits in the brain linked to learning and motivation become primed to respond to a drug, and only that drug. Aagin, think of addiction as a form of hyper-learning. Neurobiological research has demonstrated that the mesolimbic circuit, as the reward system in the brain, becomes increasingly dedicated to an addiction over time; in the more severe cases of addiction, the reward system fires off almost exclusively in response to cues to use (places, persons, memories, certain emotions).

The Nucleus Accumbens (NAc), as the epicenter of learning along the mesolimbic circuit, literally grows in size over the course of addictive use, with research in recent years discovering that the number and density of dendrites attached to the NAc increase in parallel to an addiction (Johnson, PM & Kenny, PJ, 2010). That growth signals the brain’s plasticity at play. The NAc becomes something of a behemoth, as substances of abuse exploit the brain’s plastic potential, with more and more metabolic activity funneled to that area of the brain to sustain its sprawl.

That’s why people continue to use and relapse, even as the consequences related to their addiction mount. Even after a third DUI, or near overdose, or a termination, maybe after a separation from a loved-one, people continue to use and/or drink, seemingly oblivious to reality. Addictive behaviors, then, change the brain, shaping neuroadaptations that propel people to act against their better judgement (Berridge, K, 2013).

The brain’s plasticity normally promotes learning and our ability to adapt to environmental pressures. In cases of addiction, however, that plasticity actually reinforces the drive to use or drink on a neurobiological – preconscious – level. If your loved one appears oblivious, it’s only because of the effect described here. Addictions prime the mesolimbic system to fire off more easily and for prolonged periods.

Consequently, the midbrain – the more primitive part of the human brain – begins to dictate behavior. As that area becomes overactive, it sends surges of biochemicals upwards, with the more executive areas in the forebrain becoming less functional in managing the white hot midbrain.

As a result, someone with a dysregulated midbrain will become more impulsive, less empathetic, and less able to use the type of forethought needed to anticipate future consequences. Addiction treatment works to reestablish a balance between these two areas of the brain, the impulsive midbrain and executive forebrain.