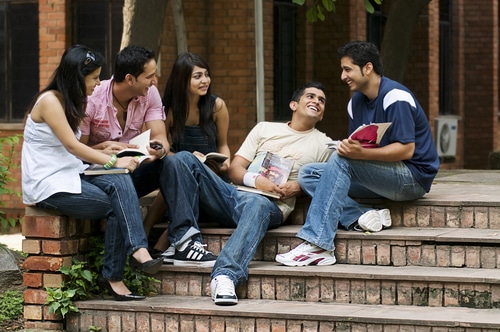 Colleges are beginning to supply Narcan Nasal Spray, the drug that is designed to “reverse” opioid overdoses. Opioid overdoses killed roughly 4,000 Americans between the ages of 15-24 in 2016, according to the Politico article which reported on the topic. Also noted was a survey by Hazeldon Betty Ford that found that over 30 percent of college students knew someone who had overdosed, but 37 percent said they would not know what to do it if they were present when an overdose actually occurred.

Narcan Nasal Spray was introduced in 2016 and was made with consumers in mind. It is easy to use, easy to access at pharmacies, and is very effective. (The cost at the pharmacy is up to $150 per box, which includes two doses.) However, seconds count during an overdose, and the weak link seems to be having the Narcan immediately accessible to the people who need it and who would be around during an overdose. At college events and on campus, this would be the students themselves. First responders absolutely still need to be called in the event of a suspected overdose, but having Narcan readily available at parties and in student housing could easily save lives.

Politico reported that Bridgewater State University made Narcan publicly available in approximately 50 defibrillator cases in most buildings on campus. They also trained hundreds of campus community members on how to use them. Texas colleges also have Narcan being made available on campus through an initiative called Operation Naloxone. Adapt Pharma, the Dublin-based company which manufactures the product, pledged 40,000 doses to college campuses. Connecticut and Wisconsin are following suit with university programs of their own.

It is my hope that soon, all college campuses will have access to this lifesaving drug. Narcan does not solve the underlying opioid crisis, but it saves lives and gives the person who overdosed a chance to make a change. At AToN, we are working to provide all discharging residents who have an Opioid Use Disorder diagnosis with Narcan or the injectable naloxone pen (Evzio). We have Evzio pens on site so we are prepared if someone overdoses at our facility. (This has never happened before and we monitor everyone very closely to ensure everyone is safe, but we would rather be safe than unprepared.)

If you or someone you love is struggling with opioid misuse, please consider stopping by the pharmacy and getting Narcan to have at home. You hope you never need it, but having it could save lives. Also, call us with any non-emergency questions about Narcan and/or how we can assist with treatment.

Much of this information comes from an article on Politico.com. Original article: https://www.politico.com/story/2018/02/02/as-opioid-overdoses-rise-colleges-supply-reversal-drug-315773