AToN Center’s 12 step rehab programming recognizes that education on the most widely used recovery tool in the industry is, and should be a core programming component for any addiction treatment center.  We believe that a person’s choice of which type of community support meetings they attend should be an informed one.  That is why we explain recovery concepts from an integrated perspective, discussing the tenets of AToN Center’s philosophy and the 12 Step philosophy. 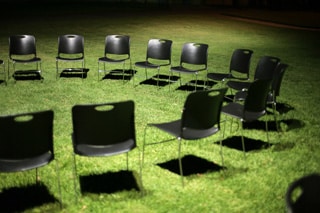 12 Step meeting attendance is not required at our California addiction treatment center, but they are offered.  Individuals do not routinely work the 12 Steps in our program, but may chose to do so during their individual therapy with experienced counselors.

A.A. had its beginnings in 1935 at Akron, Ohio, as the outcome of a meeting between Bill W., a New York stockbroker, and Dr. Bob S., an Akron surgeon. Both had been alcoholics and were dissatisfied with the current approaches to recovery.  Bill was successful in finding some personal recovery yet saw that many of his peers were unable to achieve abstinence.

Bill emphasized that alcoholism was a malady of mind, emotions and body.  He had learned this from Dr. William D. Silkworth of Towns Hospital in New York, where Bill had often been a patient. Though a physician, Dr. Bob had not known alcoholism to be a disease. Responding to Bill’s convincing ideas, he soon got sober, never to drink again. The founding spark of A.A. had been struck.

Early in 1939, the Fellowship published its basic textbook, Alcoholics Anonymous. The text, written by Bill, explained A.A.’s philosophy and methods, the core of which was the now well-known Twelve Steps of recovery. The book was also reinforced by case histories of some thirty recovered members. From this point, A.A.’s development was rapid. 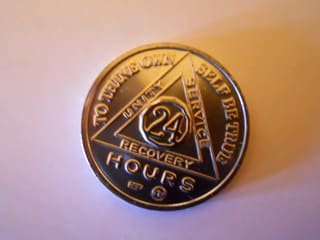 AA believes that recovery is found through both study and “service” or mentorship and companionship of others seeking sobriety.  Meetings are free and anonymous, and held throughout the world.  There are two main texts that contain the 12 Step philosophy.

The first is Alcoholics Anonymous (576 pages) AKA “The Big Book.” Originally published in 1939, this is the “book of experience” from which the Fellowship derived its name. It contains an analysis of the principles that led to the sobriety of the earliest members and was intended to represent a cross section of members’ personal stories. The later editions added new personal experiences.  It is asserted that through study and the telling of the journeys of others in recovery, one can gain the personal insights necessary to follow in the paths of those before them and find wellness.

Twelve Steps and Twelve Traditions (192 pages) AKA “The 12 and 12” was published in 1953, and contains a detailed description of both the 12 Steps themselves, and the 12 Traditions which are the belief tenets of the organization.

Our San Diego 12 Step rehab program does not require newcomers to accept in totality the 12 Steps as written, and encourages exploration and interpretation of the concepts contained within.  The use of the term “God” and “Higher Power” is particularly open for discussion, and substituted terms / concepts are encouraged for contemplation.  AA philosophy does hold that alcoholism is a progressive illness, and cannot be cured, but can be arrested, and total abstinence from alcohol is the only way to stop the progression.

The 12 Steps of Alcoholics Anonymous

For more information on our 12 step rehab programming or general information about our San Diego addiction treatment center, please contact us at (888) 535-1516.