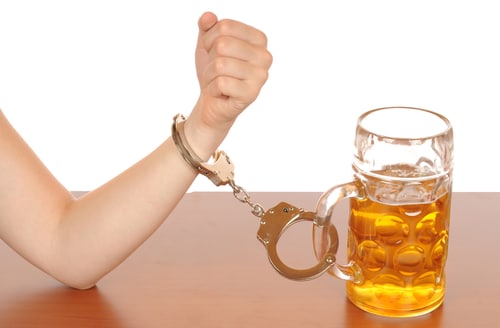 Women differ from men in many ways, and the way that they metabolize alcohol is no exception.

When we drink alcohol the enzyme alcohol dehydrogenase breaks down alcohol in our bodies.  Alcohol is toxic to the body and it compromises the functions of our central nervous system.  Alcohol dehydrogenase (ADH) found in the liver, converts alcohol to acetaldehyde. This substance is then converted to acetic acid and then metabolizes to carbon dioxide, water, and fatty acids.  A small amount of alcohol is not metabolized and is excreted through sweat, saliva, urine, and the breath.

Women tend to weigh less than men, but carry around more body fat.  Fat retains alcohol in its cells where it remains at high concentrations.  With this longer exposure to alcohol the brain and other organs are now at more risk for disease.

Changes in hormone levels during the menstrual cycle may also affect how a woman metabolizes alcohol.

Alcohol may also raise a woman’s chance of developing breast cancer. Woman’s overall lifetime risk of breast cancer is almost 10 in 100 if she only drinks two drinks of alcohol per day.  However with six drinks a day her risk increases to about 13 in 100.

Fetal Alcohol Spectrum Disorders is a non-diagnostic term used to describe the range of effects that can occur in an individual whose mother consumed alcohol during pregnancy.  The biggest concern is to the fetus, because when a woman drinks alcohol it enters into the bloodstream and then crosses the placenta to the developing fetus.  Alcohol interferes with the delivery of nutrients and oxygen to the infant.  It can harm the developing tissues, organs and cause permanent brain damage.  The more you drink while pregnant, the greater the risk to your unborn child.  The severity of fetal alcohol syndrome varies with some children experiencing far more symptoms than others.  Some of the defects may include: