What Can Happen by Mixing Alcohol and Other Depressants? 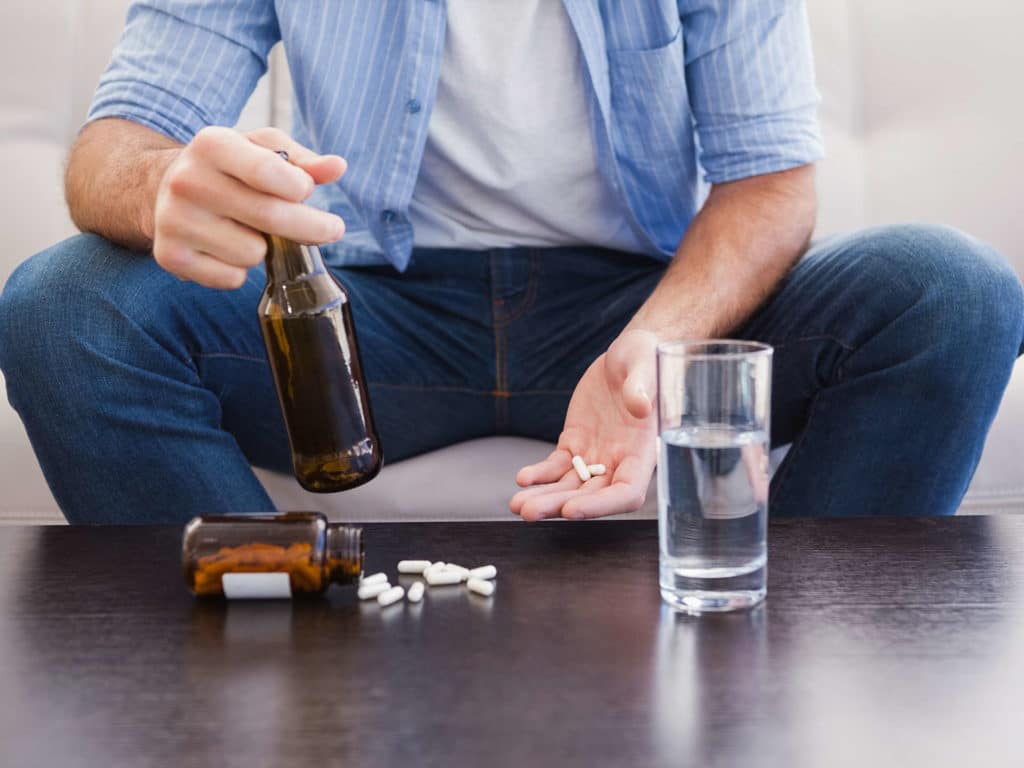 What Can Happen by Mixing Alcohol and Other Depressants?

Depressants are drugs and prescription medications that can change the function of the central nervous system (CNS). Depressants are one of the most widely used drugs in the U.S. and can lead to certain symptoms and effects such as relaxation, anesthesia, drowsiness, decreased inhibition, coma, sleep and potential death. Using depressants, such as alcohol, to the point of excess can potentially result in an alcohol use disorder.

What drugs are depressants? Drugs that are classified as depressants include:

Some drug depressants are much safer than others and there are some prescription depressants that are medically necessary for certain health disorders. So, what do depressants do? The Drug Enforcement Administration (DEA) defines depressants as a group of prescription health substances that are designed to decrease anxiety and panic, increase relaxation, aid sleep, and reduce the risk of seizures. Many depressants have the potential to cause abuse and addiction, due to the effects they cause in the body.

If you are suffering from addiction or substance abuse to depressants, an inpatient or outpatient treatment program may be necessary to treat your addiction. Contact AToN Center for more information and resources so that you can get help for your problem and begin to move past the grips of addiction, into full recovery.

Ethyl alcohol is a substance that is highly used in the world and might result in substance abuse if it is used inappropriately. Although alcohol is a legal drug, it can still cause alcohol use disorder and abuse. This can be detrimental to your health, and may require care at a treatment center.

Benzodiazepines are a type of CNS depressant, sometimes a prescription, that is widely used to treat certain health disorders such as sleep disorders or anxiety. In 1999, four different benzodiazepines were among the top 100 most prescribed drugs in the U.S.

Benzodiazepines have sleep inducing properties and cause muscle relaxation, sedation, and anticonvulsant effects. Because of these effects, benzodiazepines have been used to treat a number of issues including sleep difficulties, anxiety, excessive agitation, muscle spasms, and seizures.

Barbiturates, also known as “downers” are other types of CNS depressant that cause relaxation and euphoria when people take it in small doses. Barbiturates used to be considered a safe drug but after much research, barbiturates are now considered dangerous due to the potential for addiction and substance abuse to occur.

Barbiturates were known to be a safe depressant, until later discovered to have a drastic impact on how a person’s sleep patterns are, and result in a suppressed REM (rapid eye movement). Barbiturates are commonly used now but have a high likelihood of addiction and overdose.

Is Alcohol a Depressant?

Yes, alcohol is classified as a depressant due to the calming effects that it causes. Although much of the world drinks alcohol as a “pick me up” after a hard day, it is indeed a depressant that slows both psychological and physical activity.

Ethyl alcohol or known as “alcohol” is one of the most widely used psychoactive drugs in the U.S., the first being caffeine. Alcohol is a legal drug, but it can be highly abused and often results in addiction or substance abuse problems. Because of the way that alcohol alters certain chemicals in the central nervous system, it can inhibit a person’s ability to make decisions, and causes a distorted judgement.

How Does Drinking Make You Feel?

Alcohol makes you feel in similar ways to other depressants, suppressing the central nervous system and causing symptoms of relaxation, calmness and drowsiness. When alcohol is used in moderation it can be perfectly safe to use. But like any drug, when people use alcohol to the point of excess, it can result in dependence or addiction.

Some of the side effects of alcohol include unstable moods, slurred speech, inappropriate behavior, impaired judgement, loss of memory, poor coordination and attention. You can also have periods